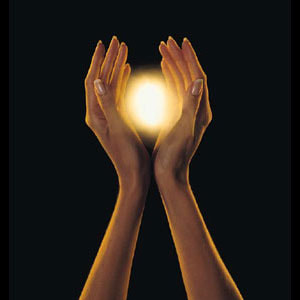 MENAAA acknowledges that health and disease research is fragmented in old age, with minimal connections between fundamental, epidemiological, preventive, clinical, and health service research. Translational research is especially sparse, despite evidence of the difficulty of translating projects into routine delivery of health care.  MENAR was started in order to be able to do more research at regional level.   MENAR started in 2006.
The aim of the MENAR is to develop Geriatrics and Gerontology Research in the area, in particular to do the following:

Community Study
Abyad Medical Center & Middle East Network on Research on Ageing-MENAR that are closely linked to the Middle East Academy for Medicine of Ageing MEAMA  decided to do a community based study at the level of the region, and Lebanon on the elderly. We selected the InterRai Community Health Assessment CHA instrument for this study.   The main reason for selecting this instrument is the fact that it is easy to apply in the community and it is a good introduction to the various instruments of InterRAI.  The goals of the study include among others collecting data on the elderly living in the community in the Middle East, in addition by using this instrument to be able to compare various elderly community in the region and comparing the region to the rest of the World. We were granted the permission to use the instrument for research from InterRai. The community study started in Tripoli which is the second largest city in Lebanon.   Several other countries including UAE, Qatar and Bahrain  followed the same study design.   There were initial analysis but the final analysis is not done.

Elderly Women in the Middle East The aim of this project is to collect information about the current situation of elderly woman in the Middle East.  The paper will  account for the particular features of demographic aging in the Middle East comparing women to men. The socio‑cultural and health characteristics are presented next for women only.  Any member of MENAR interested in contributing to the study they are welcome to submit their contribution to the coordinator of the project.

this is ongoing project on elderly situation in the MENA Region.

Membership in the MENAR is being developed rapidly, and now includes representatives from different countries in the region.  Membership from individuals as well as from networks is being solicited at this time.

1-Membership is open to any health professional interested in research on aging
2-Membership is free,  however any potential contribution will be helpful in strengthening the network.
3-In order to become a member you need to fill the form available in this site.

The countries represented in MENAR include the following