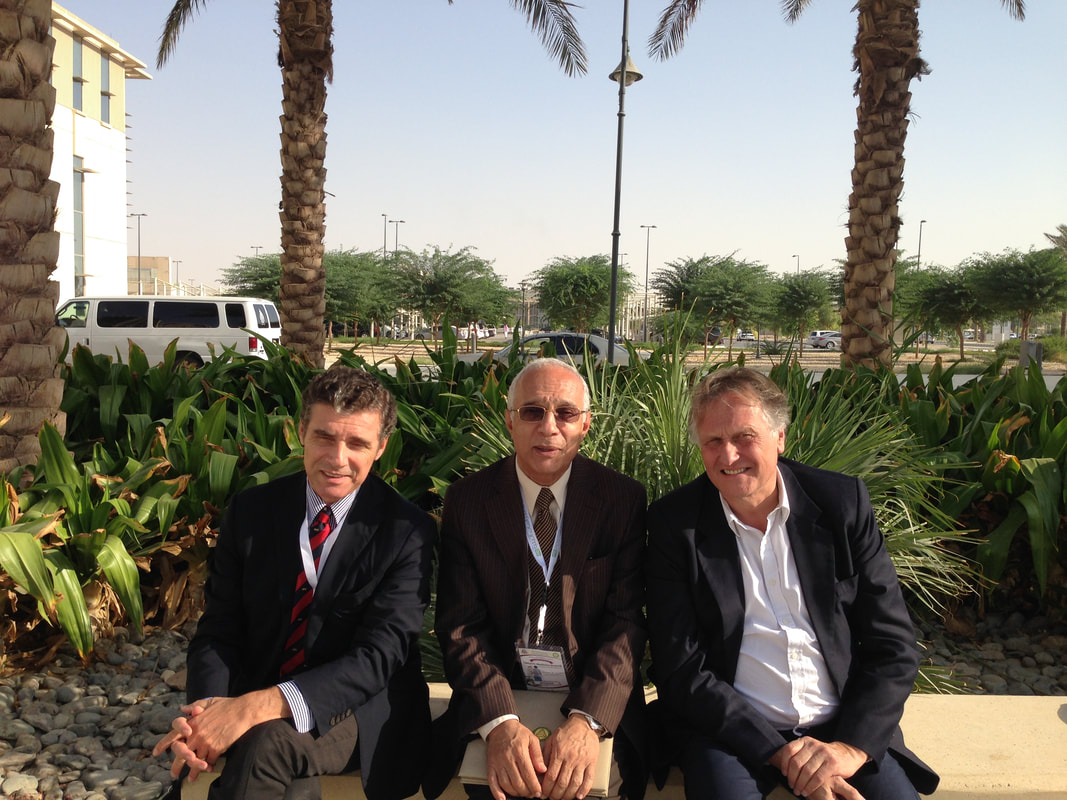 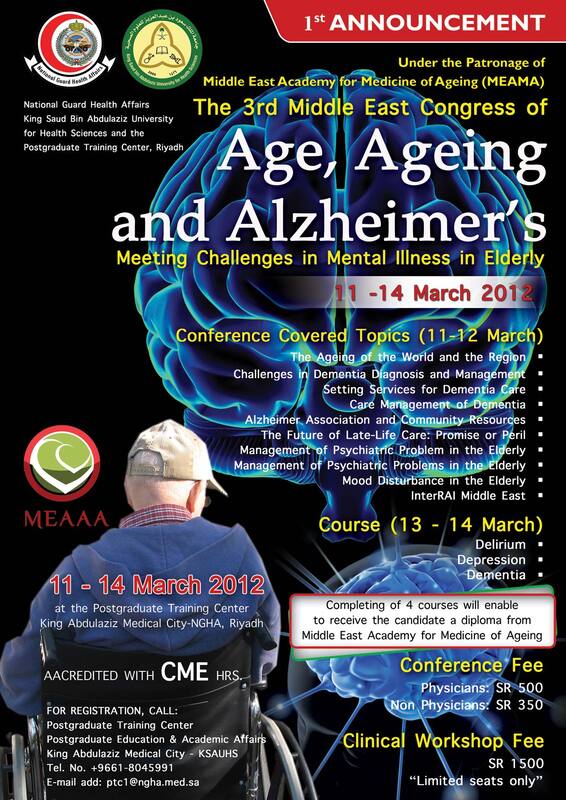 The Third Middle East Congress on  Age, Ageing and Alzheimer’s: Meeting Challenges of Mental Illness in Elderly was held in Riyadh Between 11-14
March 2012. The conference was under the  Patronage of National Guard Health Affairs, King Saud Bin Abdulaziz University for Health Sciences : the Postgraduate center in Riyadh and Middle East Academy for Medicine of  Aging. During the conference the fourth session of the third advance postgraduate course in geriatrics was held as well.

A number of association were involved in the organization of this event including:

it was supported by